grupoavigase.com/includes/142/6713-chat-chueca.php Where to start with the music of Fleetwood Mac. Club Film.

Graveyard by Butthole Surfers. Christmas In Hollis by Run-D. What Child Is This? Lydia Loveless. The Killing Moon by Echo and the Bunnymen. The Men. Hold On Loosely by 38 Special.

Tempted by Squeeze. Trampled by Turtles. The Weeks. Tennessee by Arrested Development. Absolutely Free. Limelight by Rush. Nathaniel Rateliff. Nick Lowe , Los Straitjackets. Harry Shearer , Judith Owen. Into It. Over It. Laura Jane Grace. Jeff Rosenstock. Reptilia by The Strokes. The Final Countdown by Europe. Renegade by Styx. Shake It Off by Taylor Swift. Leighton Meester. Lovefool by The Cardigans. Everything Is Free by Gillian Welch. Flock of Dimes. Bills, Bills, Bills by Destiny's Child. Cherry Bomb by The Runaways. Shock The Monkey by Peter Gabriel. Benjamin Booker. Walkin' After Midnight by Patsy Cline.

Possum Kingdom by Toadies. Laid by James. San Fermin. Stuck in the Middle with You by Stealers Wheel. No Rain by Blind Melon. He's A Rebel by The Crystals. Barenaked Ladies. 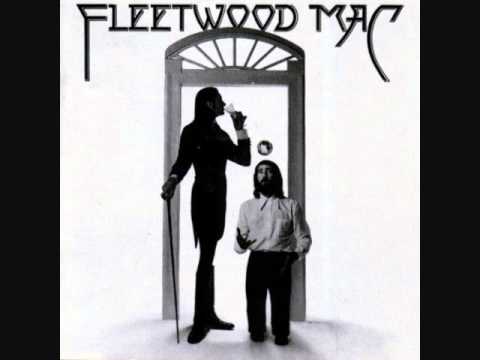 The Falcon. Kick in the Eye by Bauhaus. Pony by Ginuwine. Har Mar Superstar. Big Dipper by Built To Spill. When You Were Mine by Prince. The Infamous Stringdusters.

Trashcan Sinatras. Skulls by Misfits. Fat Lip by Sum Holy Holy by Wye Oak. Jones by Counting Crows. Lindsey intimated that their acceptance of the offer was surprisingly less than automatic. Odd, but not inexplicable. Fleetwood Mac fans do know about Buckingham Nicks. The problem is that a majority of them have never heard it. As recently as , in an interview with Andy Greene for Rolling Stone , Buckingham and Nicks both expressed an interest in re-releasing the record, perhaps for its 40th anniversary in But this never happened, and again, the reasons are vague. Buckingham and Nicks apparently consider their debut album to be a part of their musical legacy.

But in that Rolling Stone article, both seem to treat a reissue as a complicated ordeal that may not be worth their time. Nicks talked about polishing up some bonus tracks and then hitting the road with the old band—which would include in-demand session-player Waddy Wachtel. And so… nothing. It would just require them to agree to do it, without thinking about the project as some kind of major corporate launch. A tour would be nice, but inessential.